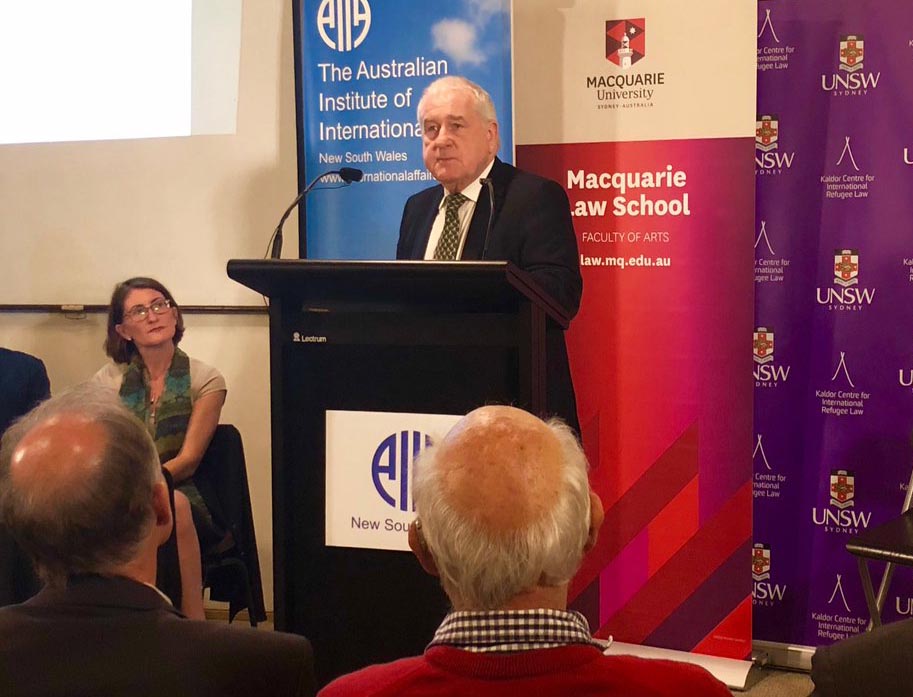 Liberal democracies that led the development of the 1951 Refugee Convention are now copying each other’s efforts to skirt international law and keep out asylum seekers, according to Dr Daniel Ghezelbash, author of Refuge Lost: Asylum Law in an Interdependent World (Cambridge University Press).

When one country comes up with a policy that stops asylum seekers while ostensibly not falling foul of the Refugee Convention, “then the innovation can spread like wild fire across other States”, Ghezelbash said. And it happens through an informal international policymaking process, behind closed doors.

Refuge Lost reveals that during the dramatic 2001 Tampa incident that prompted Australia’s first ‘Pacific Solution’, a US policymaker was summoned to offer the Howard Government detailed policy advice, based on decades of American experience in quietly turning back Haitians and using Guantanamo Bay to process asylum claims.

“It appears this advice was very influential in shaping the response of the Australian government,” Dr Ghezelbash said. “There is no public record of exactly what was said.”

Ghezelbash and Goodwin-Gill were speaking to a packed audience at Refugee Deterrence and Diplomacy: How states influence each other’s asylum policies, an event jointly presented by the Kaldor Centre, Australian Institute for International Affairs NSW and Macquarie University.

International policy transfer is not uncommon, nor is it bad to learn from others’ experience, said Ghezelbash. What concerned both speakers was the lack of transparency.

Leaders and bureaucrats routinely get together to discuss asylum and migration processes in informal, closed-door meetings. These so-called regional consultative processes include the Group of Five – involving Australia, Canada, the United States, United Kingdom and New Zealand – and the Intergovernmental Consultations on Migration, Asylum and Refugees, which includes the Group of Five plus 13 European states.

These meetings are not open to NGOs or academics, who are therefore unable to evaluate claims made about the policies’ effectiveness, Ghezelbash said.

This “anti-democratic” process, Goodwin-Gill said, “serves the goals of an ever-expanding and unaccountable executive”.

“The protections set out in the Refugee Convention and other human rights treaties are only words,” Ghezelbash said. “Their effectiveness in the real world is shaped by the actions of states. Implementing international law requires leadership – it needs states to lead by example to persuade other states to protect refugees.

“This role has traditionally been carried out by wealthy liberal democracies, which have had the resources and legitimacy required for the task. The harsh policies introduced in the US and Australia mean these nations now lack the credibility to take on this leadership role. All eyes are now on European states.

“If Europe goes down the same path as the United States and Australia, it will be inflicting a mortal wound on the universal principle of asylum and the international refugee protection regime more broadly.”

Listen to the full podcast from this event.