Five Questions: On Canada’s Refugee Sponsorship Program
Share This Story Save this webpage as PDF 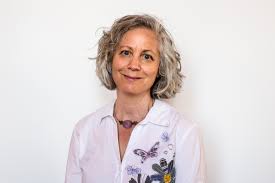 On the surface, it’s such a simple idea. We asked Professor Audrey Macklin, Chair in Human Rights Law and Director of the Centre for Criminology and Sociolegal Studies at the University of Toronto, to tell us more about the unseen connections at play and what makes it effective. As a Trudeau Fellow, Professor Macklin is doing a wide-ranging study on Canada’s private sponsors, and she will discuss the program at a 12 March Kaldor Centre event in Sydney.

Q1 Do would-be Canadian sponsors create a ‘generosity pressure’ on government? And, if so, is that changing the program at all?

Macklin: The surge of sponsorship applications in 2015 created pressure for the government and required them to exceed the limits they intended to impose on private sponsorship of Syrians. However, they reasserted the limits by mid-2016, and that has been disappointing to many. In late February, the government announced its intention to slightly increase the number of government-assisted refugees next year. That’s important because there is a principle of ‘additionality’ at work in Canada, whereby private refugee sponsorship is supposed to supplement and not supplant (or replace) public sponsorship.

Q2 To what extent do community and business groups ‘choose’ the refugee sponsored? And how does that shape the government’s own humanitarian intake of refugees?

Macklin: There are two programs. Sponsors in the Private Sponsorship model choose/name the refugees they wish to sponsor, but in the Blended Visa Office-Referred model, the refugees are selected by the UNHCR. In the Blended Visa Office referral cases, the private sponsors and the government share the cost of income assistance on a 50/50 basis. In the private sponsorship model, the sponsors pay 100% of income assistance. The most important consequence of the ability to choose is what is known in Canada as the ‘echo effect’. One of the first things that refugees want to do after they arrive and settle is reunite with extended family left behind. They frequently lack the resources to do so on their own, and so approach private sponsors to assist by sponsoring their kin. This echo effect was disrupted recently in Canada with the arrival of Syrians who had no prior connections to Canada, but the echo effect is already resuming.

Q3 What are the critical factors that make the program work effectively?

Macklin: (A) The principle of additionality — people would not step up if they thought the government was simply privatizing resettlement and thereby offloading public responsibility to private actors; (B) a legal infrastructure that embeds the program in law; and (C) an institutional infrastructure that enables it and creates a stable cadre of civil society who can implement, advocate and stabilise it.

Q4 As a sponsor yourself, what stands out from your own experience?

Macklin: It’s not about money — raising the money for sponsorship is the easy part; it’s about time — making time to be available to assist in vital daily tasks that also produce relationships of trust.

Q5 Are governments around the world, including Australia, seeking guidance and answers from Canada?

Macklin: Yes, there is lots of interest in the Canadian model. I’m proud of what Canadians do, but I’m cautious about promoting its export as if the Canadian model can simply be transplanted anywhere. Each country is in a different place when it comes to refugee resettlement. Some already operate public resettlement models, some do not resettle at all. Some countries already have a sizable population of asylum seekers whose profiles are more or less indistinguishable from refugees who get resettled. Others have relatively few asylum seekers. It is vital that program design takes into account the specificities of the State, society, and current situation. It must be a collaborative enterprise between government, civil society and private actors.

Listen to the podcast or watch the video of 'What’s so special about Canada? How ordinary Canadians successfully sponsor refugees’, a special talk in Sydney by Professor Audrey Macklin about Canada’s unique program for the private sponsorship of refugees.