Five Questions: On six years of Australia’s offshore processing policy
Share This Story Save this webpage as PDF

Over recent years, Australia has adopted a radically harsh approach to people who travel by boat to seek refugee status, including detaining them on the tiny Pacific islands of Nauru and Papua New Guinea’s Manus Island. In July 2013, Australia took its hardline approach one step further. We asked Kaldor Centre Senior Research Associate Madeline Gleeson, a lawyerand author of the award-winning Offshore: Behind the Wire on Manus and Nauru (UNSW Press), to step us through the six years of legal changes that have had such life-changing consequences. 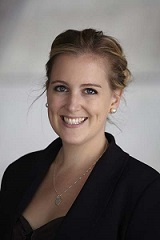 Q1 Why is July 19 significant for people seeking asylum in Australia?

Gleeson: July 19, 2019 marks the six-year anniversary of the announcement of a new offshore processing policy by then Prime Minister Kevin Rudd, and the signing of the Regional Resettlement Arrangement (RRA) by Australia and Papua New Guinea (PNG) in 2013. That policy continues to underpin Australia’s offshore processing arrangements to this day.

The new policy applied to people arriving in Australia by boat on or after 19 July 2013. While in many ways it continued the offshore processing arrangements already in place at that date, it departed from past practice by closing off the option of any refugee settling permanently in Australia, no matter how long they waited in Nauru or PNG. As Prime Minister Rudd stated: ‘People who come by boat now have no prospect of being resettled in Australia. The rules have changed. If you come by boat you will never permanently live in Australia.’

The RRA supported the new Australian policy by making provision for the permanent settlement of refugees in PNG. It was anticipated that the RRA would be followed by similar agreements with other countries in the region, including Pacific Island States. Ultimately, agreements were only concluded with PNG and, in August 2013, the Republic of Nauru (Nauru). These agreements have been supported by subsequent governments in all three countries, and remain in place today.

Q2 What was the background to this new policy?

Gleeson: Offshore processing was originally reintroduced by Prime Minister Julia Gillard in 2012 on the basis of a ‘no advantage’ policy – that is, any person arriving in Australia by boat on or after 13 August 2012 would be sent to Nauru or Manus Island in PNG for processing, and, if found to be a refugee, would be required to remain there ‘for what would have been the same period of time as if they had not travelled [by] boat’. After that (unspecified) time, it was expected that people would be permitted to return to and settle in Australia, as they had done under the first iteration of offshore processing, known as Prime Minister John Howard’s ‘Pacific Solution’ (2001-2007).

By mid 2013, problems inherent in the existing offshore processing policy were plain. The number of people arriving by boat had quickly outstripped the capacity of the offshore detention centres; the centres were full, meaning that many asylum seekers remained in Australia and were unlikely ever to go offshore. Moreover, it had proven impossible to calculate ‘average’ timeframes in which refugees would ordinarily be resettled in the region, so the ‘no advantage’ policy appeared to be unworkable.

In response, and with an election looming, Prime Minister Rudd announced the new policy of no resettlement in Australia.

Q3 What has changed since then?

Gleeson: After the new policy was announced in July 2013, everyone who had  been sent offshore since August 2012 began to be brought back, to make room in the Nauru and Manus Island detention centres for people arriving in Australia on or after 19 July 2013. After returning to Australia, this first cohort was required to wait (either in the community or in detention) before being permitted to lodge fresh claims for asylum and start the process again from 2015 onwards. They are now part of what is called the ‘Legacy caseload’.

Asylum seekers arriving in Australia on or after 19 July 2013 were sent offshore, where they were originally detained in the ‘regional processing centres’ on Nauru and Manus Island. According to official statistics, more than 1,350 men, women and children were forcibly transferred to Nauru, and more than 1,300 male asylum seekers were forcibly transferred to Manus Island, between July 2013 and December 2014. With the exception of some special cases, all of the people in these groups have been prohibited from returning to and settling in Australia permanently, even after being recognised as refugees. This includes people with immediate family members living in Australia.

While the new policy closed off Australia as a settlement option for people recognised as refugees offshore, neither Nauru nor PNG proved to be viable long-term settlement options either. Australia reached agreement with Cambodia for refugees to be relocated there from Nauru, but only seven refugees took up the offer (of whom just three remain in Cambodia). In November 2016, the United States agreed to start resettling some of the other refugees on Nauru and Manus Island, but it will not take everyone. New Zealand has offered to resettle 150 refugees per year from Nauru and Manus Island, but the Australian government has refused this offer.

Accordingly, Australia’s decision to close itself off as a permanent settlement option for people held offshore has led to protracted suffering, with beatings, rapes and suicides reported in conditions condemned internationally as ‘inhumane’. The policy leaves  those who still do not have a viable third-country resettlement offer and are unwilling or unable to settle locally in Nauru and PNG stuck in limbo without solutions.

Q4 What does the future hold?

Gleeson: The people still subject to the policy announced on 19 July 2013 are relatively few, and could readily be accommodated in Australia if there was political will to do so. They total about 1,800 people – approximately half of whom are offshore, with the other half temporarily in Australia receiving medical treatment or accompanying people receiving treatment.

Of those who remain offshore, roughly 300 had been approved for resettlement to the United States by June of this year, but about the same again had been rejected and a further 95 had either withdrawn from consideration or rejected an offer. For these groups, as well as any other refugees without a resettlement offer, the future continues to look bleak.

There is also concern about the so-called ‘negative status’ asylum seekers – particularly those on Manus Island – who have been found not to be refugees or who did not submit applications at all. Some or all of these men may face real risks of persecution or other serious harm if returned to their countries of origin. Yet, without refugee status, and absent a proper review of their cases by qualified officials or UNHCR, they are at imminent risk of deportation.

Meanwhile, as the struggle to provide solutions continues, the Australian government is still looking to close more doors. Two Bills are currently before Parliament that will achieve this in different ways: one seeks to impose what is effectively a ‘lifetime ban’ on those offshore refugees who are resettled elsewhere from ever being able to travel to Australia (unless granted special permission), the other seeks to repeal the recent medical evacuation law, which establishes a vital procedure for the transfer of critically ill people on Nauru and Manus Island to Australia for medical treatment.

Q5 Is there a better way?

Gleeson: Yes, Australia can and should provide a humane and sustainable response to people seeking safety – one that accords both with its international commitments to human rights, and its proud record of welcoming refugees since 1945.

A path forward is charted in the Kaldor Centre’s recently launched Principles for Australian Refugee Policy, which are grounded in evidence and informed by international good practices. They call on Australia to comply with its international legal obligations; provide humane and fair reception conditions and a fair, efficient and transparent system for processing asylum claims; respect the principles of family unity and the best interests of the child; create additional safe and lawful pathways to protection; provide global and regional leadership on refugee protection; and invest in refugees for long-term success.

In line with these Principles, Australia should:

1.Undertake an immediate assessment of all people still offshore, to identify particularly vulnerable individuals and ensure appropriate plans are in place to meet their urgent physical and psychological needs;

2.Prioritise the search for solutions for everyone determined to be a refugee, including by accepting New Zealand’s offer to resettle refugees from Nauru and Manus Island, continuing to facilitate resettlement to the United States, and allowing any refugee who does not have a viable third-country settlement offer to come to Australia;

3.Take immediate steps to unite families that are divided between Australia, Nauru and PNG, particularly where children are separated from their parents;

4.Ensure that everyone subject to offshore processing – whether they be recognised as refugees or not, in Australia or offshore – enjoys safe, humane and fair reception conditions, and freedom from mandatory, indefinite detention;

5.In line with Australia’s non-refoulement obligations, ensure that any person subject to deportation from Nauru or PNG to their country of origin will not face a real chance of persecution or serious harm there, including by undertaking a quality-assurance review of any negative refugee status determinations (especially in PNG); and;

6.Formulate a new humane, fair and sustainable refugee policy, so that people who arrive by boat seeking safety in future are not subjected to the same harm.

As the Principles for Australian Refugee Policy note: ‘Australia’s offshore processing arrangements with Nauru and Papua New Guinea are unsustainable; they exact an extraordinarily high human, financial and reputational cost and in many cases fail to provide durable solutions for those transferred.’

Six years on, we must end this policy and provide real solutions.

•Kaldor Centre Principles for Australian Refugee Policy, set out in a comprehensive paper as well as in a summary with Key Priorities

•Factsheets and Research Briefs on various aspects of offshore processing, including refugee status determination in Nauru and on Manus Island in PNG, and the resettlement agreements with Cambodia and the United States

•Text of the bilateral agreements with Papua New Guinea, Nauru and Cambodia, plus previous agreements. 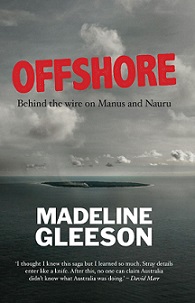