Gabriel Ndayishimiye: From Dzaleka refugee camp to re-examining protection in Malawi
Share This Story Save this webpage as PDF

Gabriel Ndayishimiye is a Master’s Student in Immigration and Settlement Studies at Ryerson University and part of our Displaced Scholars Peer Mentoring Program. Here, he talks about his work and perspective as a displaced and colonized intellectual in Canada 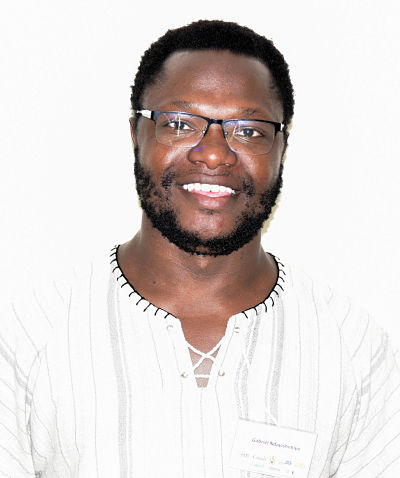 Tell us how your career as a researcher began.

My career as a researcher began in the summer of July 2019. I was part of a diverse group of university students selected to participate in an international seminar on refugee issues in Malawi. The seminar’s theme, Youth Leadership for Refugee Self-Reliance, explored ways to improve refugees' lives in Dzaleka Refugee Camp. Through a blend of classroom learning and community-based field research, my colleagues and I studied briefing reports on the global refugee situation, refugee populations across Africa, and within Malawi itself. We explored the principles and practices of community-based participatory research. We then divided into five research teams (of threes) to formulate and carry out a research project. The outcome was a report of findings submitted to the Government of Malawi, the United Nations High Commissioner for Refugees, and other implementing partners.

What are you working on now and why?

Under the mentorship of Dr. Anh Nguyen Austen, I am working on a research project titled ‘Towards a New Understanding of “Refuge-e” Protection in Malawi: Representation and Contribution of Displaced Colonized Intellectuals’. In April 2021, the government of Malawi issued a press release essentially declaring a witch hunt against refugees running business in different towns across the country. The decision was based on complaints from Malawian merchants who claimed competition from refugee merchants was having a severe impact on their business. Citing concerns over national security, the government ordered refugees to clear towns within 14 days after the announcement and relocate to the Dzaleka camp. The decree was reversed following a provisional High Court injunction. Strict encampment orders are not a new phenomenon in Malawi's refugee history. As a former refugee child in Malawi’s Dzaleka refugee camp who has experienced these strict encampments, I am exploring this question as a displaced and colonized intellectual in Canada. Now that I have access to resources, English and, mostly, a language that not many people understand (ie the academic language), I hope that a practical analysis of the resurgence of these orders in the middle of a global pandemic (Covid-19) will inspire further critical thought on the refugee question in Malawi.

What’s the best thing about being a researcher? What are the biggest challenges?

Personally, I understand a researcher as a lover of wisdom. A philosopher. Seeker of truth. He who is in search of understanding, of grounding theories running the society and world in which humans operate. Thus, I am impressed by a researcher’s open-mindedness to learn and create new knowledge and understanding the world in which we live and the things around us. Equally, I am motivated by a researcher’s ability to engage with people from different cultures, lives, and professional backgrounds.

The biggest challenge of being a researcher is solitude – and the loneliness, felt by most researchers, when pressured to conform to society, to follow that which is traditional. In short, I would say a researcher’s challenge is to go beyond limits of man, that is: to yield the Übermensch as portrayed in Friedrich Nietzsche’s Thus Spoke Zarathustra. Researchers with this level of discipline are hardly shaken by storms of life. Out of chaos, new values are born. Hence, solitude is not a limit to a serious researcher but rather an opportunity to create and recreate a world in which all can live and grow to face the limits of life.

What’s the best advice anyone has given you? (this could be professional or personal)

My mentor, Dr Anh Nguyen Austen, once told me as researcher: “You can never promise too much, let others declare that your ideas changed the world or policies – scholarly humility is very important considering all the greats that wrote and thought before you.” This was a good one!

What advice would you like to give other early career researchers?

Maximize all the resources and opportunities available to you to develop your academic portfolio.

The Displaced Scholars Peer Mentoring Program is a joint program of the Kaldor Centre and the Raoul Wallenberg Institute of Human Rights and Humanitarian Law, Lund University. It has received the generous support of the Universitas21 Research Resilience Fund.