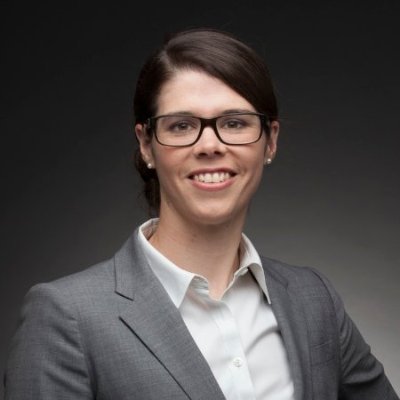 Kaldor Centre Scientia PhD candidate Regina Jefferies received the National Advocate of the Year Award on June 1 at the Immigrant Law Center of Minnesota gala, for her exceptional work with the coalition of politicians, attorneys, students and advocates who helped a four-year-old Somali refugee reunite with her family during the early days of the Trump administration’s ‘Muslim ban’.

Television and newspapers carried joyful reports of young Mushkaad Abdi reuniting with her mother and sisters, who had been forced to leave without her and had worked for years to finally secure her visa. But few stories detailed what had happened behind the scenes, in the heart-wrenching days after the child’s long-awaited trip was cancelled due to Unites States President Donald Trump’s first executive order barring immigrants from seven Muslim-majority nations.

In the January 2017 hours and days following, Jefferies helped to lead the rapid-response team that mobilised attorneys at Minneapolis-St. Paul International Airport to protect people affected by the ‘travel ban’. Also, with University of Minnesota Professor Ben Casper Sanchez, Jefferies drew up litigation to be filed were a waiver not granted for Mushkaad. Jefferies was on the ground at the airport when Mushkaad’s flight arrived to make sure she had no issues on arrival.

On Friday, Jefferies was honoured together with her former colleagues at the James H. Binger Center for New Americans, Lutheran Social Services of Minnesota, CAIR Minnesota, the ACLU of Minnesota, the Advocates for Human Rights, Mid-Minnesota Legal Aid, the University of St. Thomas School of Law, Attorneys at Dorsey & Whitney, LLP and the offices of Representative Keith Ellison and Senators Amy Klobuchar and Al Franken.

The gala, with keynote speaker Dr Ayz Virgi, drew hundreds of people to celebrate the accomplishments of Immigrant Law Center of Minnesota’s mission.

Since joining the Kaldor Centre, Jefferies has followed the issue, writing about developments  on the ‘travel ban’, which is being contested in the US Supreme Court.