The New York Declaration: Once in a lifetime opportunity to enhance refugee protection
Share This Story Save this webpage as PDF 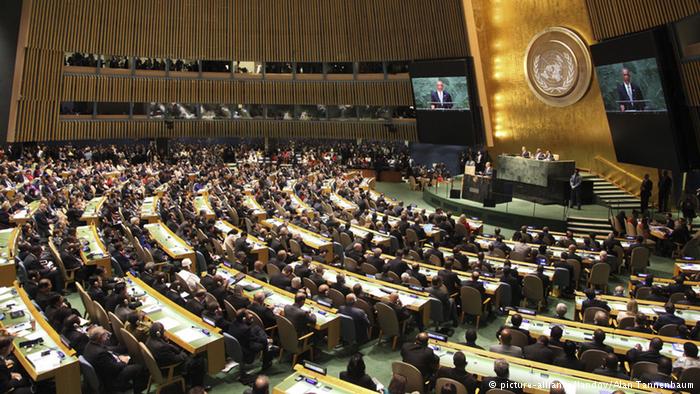 For the first time in 65 years, the UN General Assembly has adopted a declaration – the New York Declaration – which affirms and enhances the protection of refugees. This would be an important and unprecedented achievement at any time, but is particularly impressive given the xenophobic and anti-refugee rhetoric currently on display in many countries around the world.  At a time when borders are being fortified to keep refugees out and when refugees are accused wrongly of being terrorists, it is nothing short of a miracle that the United Nations unanimously adopted the New York Declaration which affirms and strengthens the protection of refugees.

Some academics, NGOs and much of the mainstream press have criticized the Summit for failing to act more boldly, for not making more concrete commitments, and for ‘merely’ reaffirming basic principles of international law.  Of course, I wish that we lived in a world where leaders could not only make – but keep -- concrete commitments to protect refugees.  Even more, I wish that we lived in a world where bombs didn’t kill and maim innocent children and where greedy leaders didn’t unleash armies that force millions from their homes.  But in the real and imperfect world in which we struggle to advance the rights of refugees, the New York Declaration offers a strong endorsement of the basic principles of refugee protection and offers the possibility for further progress in the coming two years.

Particularly important is the New York Declaration’s commitment to responsibility-sharing for refugees.  Although the Preamble to the 1951 Refugee Convention stresses the need for international cooperation, it does not explicitly refer to burden or responsibility-sharing.  For decades, UNHCR has sought a strong, concrete statement of international commitment to responsibility-sharing.  The New York Declaration (which, I should note, is even stronger than a General Assembly resolution or decision) now just does that:  “We underline the centrality of international cooperation to the refugee protection regime.  We recognize the burdens that large movements of refugees place on national resources, especially in the case of developing countries.  To address the needs of refugees and receiving States, we commit to a more equitable sharing of the burden and responsibility for hosting and supporting the world’s refugees, while taking account of existing contributions and the differing capacities and resources among States.” (para 68)

This commitment to ‘a more equitable sharing of the burden and responsibility’ can serve as a basis for mobilizing a more effective – and more predictable – response when large movements of refugees occur in the future.  The New York Declaration also calls on UNHCR to develop and initiate a comprehensive refugee response which marks a paradigm shift in the way in which the international community responds to refugees.   This new approach calls for a whole of society approach by host countries to refugees – where not only the national governments but also local authorities, civil society groups, faith communities and the private sector pool their forces to respond to refugees.  At the international level, a comprehensive refugee response means that development actors will work side by side with humanitarian agencies from the beginning of a refugee influx and efforts will begin immediately to consider – and prepare for – solutions for refugees.  The New York Declaration envisions an expanded role for refugee resettlement and complementary pathways of admission which is a concrete manifestation of responsibility-sharing.  More attention will be devoted to meeting the needs of host communities and in this regard, the World Bank’s increasing commitment to displacement is a game-changer.   The World Bank and UNHCR launched a new study at the Summit, presenting displacement as a development challenge – and not just a humanitarian emergency.  Many other agencies are taking pathbreaking steps to engage in new ways to support solutions for refugees.  For example, the International Labour Organisation will adopt guidelines on employment of refugees later this fall which, if implemented, will enhance the self-reliance and resilience of refugees.  And never before has the commitment of the private sector been so visible as it was at the Summit.

The New York Declaration also charts new grounds in strengthening international governance of migration.  Given the fact that refugees and migrants often travel the same routes and face the same risks on their journeys, we welcome the recommendation to develop a Global Compact for Safe, Regular and Orderly Migration.

The Summit offers new possibilities and new challenges for UNHCR and we are already working to implement the recommendations in the New York Summit.  Our priority is to implement the Comprehensive Refugee Response through a consultative process and to do so quickly so that the experience can feed into the development of the new Global Compact for Refugees.  As foreseen in the New York Declaration, the High Commissioner will present a proposal for the Global Compact in his 2018 report to the General Assembly.  This is a short time frame and we need to act quickly.  While affirming the fundamental principles of refugee protection, the New York Declaration also gives us a clear direction of a new way forward to respond more effectively to large movements of refugees and to find solutions for those forced to flee their homes because of conflict or persecution.

Visit the Kaldor Centre's September Summits resource page for more analysis and resources on the two international summits on refugees: the United Nations Summit for Refugees and Migrants on 19 September, and the Leaders’ Summit on Refugees hosted by US President Barack Obama on 20 September.