Time to retire the 1951 Refugee Convention?
Share This Story Save this webpage as PDF 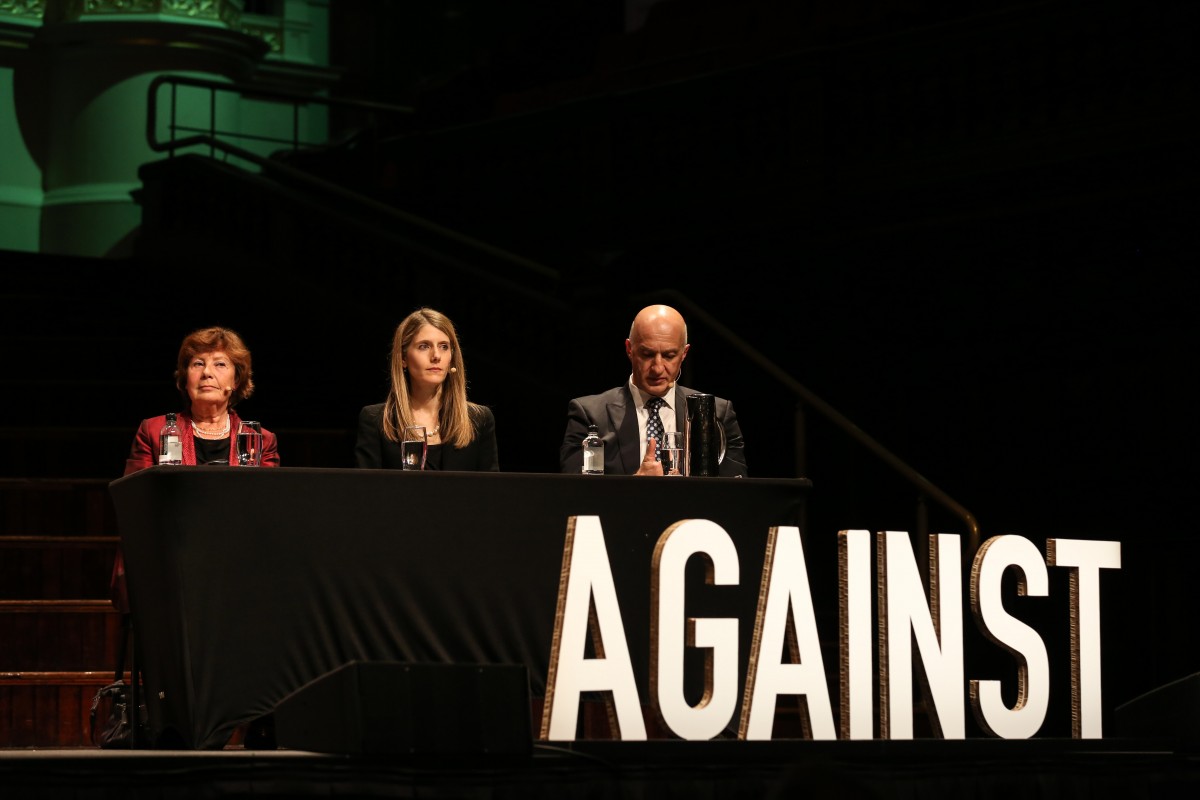 A thoughtful debate shows that information leads to understanding.

Sixty-six years on, is it time to retire the 1951 Refugee Convention? Most people in the 1000-strong crowd gathered at Sydney Town Hall for an Intelligence Squared debate on 6 June were not sure.

The proposition was: The Refugee Convention is out of date. As they entered, 35% of the audience agreed, 21% disagreed and 44% were undecided.

But there was a huge swing during the thought-provoking discussion between the “For” team – Tongan MP and nobleman Lord Fusitu’a, The Australian’s foreign affairs editor Greg Sheridan, and Sydney University migration expert Dr Anna Boucher – and the “Against” team, comprised of former Assistant High Commissioner for Protection at UNHCR Erika Feller, Kaldor Centre Director and law professor Jane McAdam, and trauma expert Paris Aristotle AO.

Arguments ranged widely. Sheridan charged that the Convention was not needed to prompt countries like Australia to welcome refugees, and the UN was “corrupt, wicked [and] worthless”. However, Sheridan’s team mate, Lord Fusitu’a, argued that the Convention needed to be expanded to safeguard people from Pacific nations displaced by the impacts of climate change: “If water's coming into your house because of emissions and rising sea levels, you have no rights under the Convention.” Dr Boucher said a new compact that properly addresses burden-sharing was needed, adding her view that the current development of two new UN Global Compacts on refugees and migrants were an admission that the Convention was broken.

Feller countered that the Global Compacts were about buttressing the 1951 Convention, which had been strategically crafted by diplomats who were acutely aware of what their governments would and would not accept. “There is no appetite today for a radical redrafting of a similar guiding framework,” Feller said. “Attempting it would be dangerous.”

McAdam said that climate change and disasters led most often to internal displacement, and that there were far better legal and practical ways to address their needs than via the Refugee Convention. “The Convention is not designed to protect every displaced person. Nor was it ever intended to,” she said. Furthermore, the fact that there were so many refugees in the world without proper protection was not the fault of the Convention, but rather the lack of political will to implement it.

By the time Aristotle concluded the arguments, saying “the [Refugee] Convention is not out of date; it lives and it saves lives,” the crowd’s attitude had shifted dramatically.

“This result shows that when people are armed with the facts, they can make informed decisions,” Professor McAdam said. “Many people told me that before the debate, they didn’t really know what the Refugee Convention was and just assumed it was outdated because it was old. With information comes understanding.”

Hosted by The Ethics Centre, the debate was moderated by Dr Simon Longstaff AO, who noted that with the number of people now displaced from their homes now over 60 million, there’s never been a better time to ask how relevant the Refugee Convention is.

The event will be broadcast by ABC Radio National’s Big Ideas program.  Read an excerpt of Jane McAdam’s remarks in the Sydney Morning Herald, Seven reasons the UN Refugee Convention should not include 'climate refugees' or view the video of the event below.