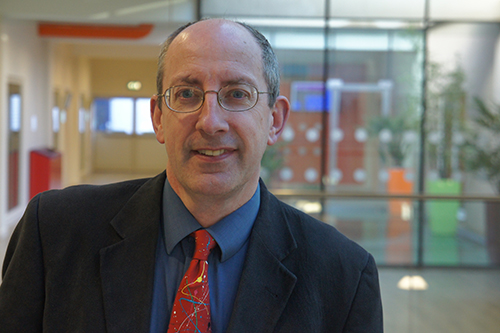 In less than 24 hours’ time in New York, on 19 September 2016, heads of state and government will gather at the high-level meeting of the UN General Assembly on addressing large movements of refugees and migrants. What will count as success … and for whom? With around 65 million displaced persons of concern to the UN High Commissioner for Refugees (UNHCR), and a further 26 million displaced as a consequence of disasters and the impacts of climate change, what can one reasonably expect of a single day’s meeting at the UN? Even if pledges can be obtained from states to resettle one million refugees in 2016–17, that would still only represent a small reduction of that staggering overall figure.

For the sake of the world’s displaced people, though, realism has to be balanced with some hope for improvement. This short piece addresses the inherent problems with the high-level meeting, but it also considers the glimmers of hope it offers … even if they simply reflect states fulfilling obligations to which they have already agreed.

At one level, the very focus of the meeting could be potentially a risk: refugees and migrants. Fusing these two groups into one discussion could fit with states’ agendas to underplay the status of ‘refugees’ in international law. While the benefits of recognizing that refugees can offer valuable and needed skills cannot be gainsaid, there is a risk that states’ existing obligations to refugees and internally displaced persons (IDPs) might be devalued.

There are indications in the text that this concern has some validity. The Draft Outcome Document from 29 July 2016 describes itself as a political declaration, despite the fact that it reaffirms the commitments of states to the 1951 Refugee Convention and 1967 Protocol at paragraph 4.2. One of the best ways of responding to the plight of refugees and other displaced persons would be for states simply to honour their existing international obligations. The fact that the outcome document is labelled a ‘political declaration’, not even simply a ‘declaration’, might indicate causes for concern.

Still dealing with the text, paragraph 4.13 is even more worrisome: ‘We reaffirm that voluntary repatriation should not necessarily be conditioned on the accomplishment of political solutions in the country of origin’. In the light of the decision by Kenya to close Dadaab camp and plan to return refugees there to Somalia, which Human Rights Watch has this week said violates their human rights, the state-centric aspects of this meeting are prominent. And that brings one back to the fusing of refugees and migrants mentioned above.

International human rights and humanitarian lawyers and practitioners start from the protection perspective. This is not necessarily how states (particularly those from the global north) view the situation. For states, the issue is one of immigration and controlling borders, because non-citizens are seeking entry to their territory. This idea is prominent in the draft outcome document. A high-level meeting for the protection of refugees and other displaced persons would have had a somewhat different focus, but possibly one in which governments would not have been so interested in participating.

That said, there are two separate annexes to the declaration which clearly set out different agendas: the Comprehensive Refugee Response Framework and the Global Compact for Safe, Orderly and Regular Migration. The former is focused on refugee protection (noticeably, however, without any reference to IDPs), and considers reception and admission, support for refugees within the countries where they find refuge, and support for those countries, with the ultimate goal of durable solutions. It is a protection and solutions-oriented document.  The latter focuses on international migration in all its dimensions (including the forcibly displaced, since it acknowledges that some people move due to poor governance and conflict).  Its aim to recognize ‘foreign qualifications, education and skills’ (Towards a Global Compact, paragraph 3.22) could benefit refugees, as well as other migrants.  Moreover, one should never ignore the fact that many migrants come from countries where there is massive insecurity that might, in another context, indicate a sufficiently proximate fear of persecution (Towards a Global Compact, paragraphs 2.5 and 3.2).

So, how might the high-level meeting foster successful outcomes for the world’s displaced people? As paragraphs 1.7 and 1.10 of the draft outcome document make clear, responding to these large numbers requires protection initially, but also long-term solutions. This is particularly important given that the modal average period of displacement is 20 years, and to achieve a durable and sustainable outcome, longer-term planning must be part of the package from the outset.

1.7 Large movements of refugees and migrants have political, economic, social, developmental, humanitarian and human rights ramifications which cross all borders. These are global phenomena which call for global approaches and global solutions. No one State can manage such movements on its own.
…
1.10 We are determined to save lives. Our challenge is above all moral and humanitarian. Equally, we are determined to find long-term and sustainable solutions. …

In 2014–15, I undertook a consultancy for UNHCR (with fellow researcher, Anna Magdalena Rüsch) on the role of the rule of law in promoting solutions. As part of our research, we visited Niger and Colombia. In both countries, registration of displaced persons, the starting point for protection, was also the gateway to solutions. Those solutions encompassed the rights they might exercise in the country of refuge: access to education, employment, health care and legal services. To give but one example in line with paragraphs 4.18 and 4.19 of the high-level meeting’s draft outcome document, access to education was facilitated through the cooperation of UNHCR and government. In Niger (francophone), the younger children who had fled Nigeria (anglophone) were integrated into the local schools where they picked up French, but for the teenagers needing to finish their education in English, distance learning from Nigeria was facilitated via UNHCR. In Colombia, funding for a school in an area that IDPs had established was channelled through local actors, keeping the children off the streets and away from exploitation, but equally promoting their right to education and their participation in their own solutions. That latter example highlights one other aspect of the UN meeting: the need to engage UN development actors to ensure that no-one is left behind from the outset. The false humanitarian–development dichotomy is properly challenged by the draft outcome document (paragraph 4.6).

One final aspect of the high-level meeting may also provide improvements for the future. Paragraph 3.9 welcomes bringing the International Organization for Migration (IOM) into a closer relationship with the UN. At its foundation, UNHCR was established to provide international protection for refugees and to assist governments to provide permanent solutions (Statute of UNHCR 1950, paragraph 1). Protection was defined in paragraph 8, subparagraph (i) of which provides that UNHCR’s role is to ‘facilitate the co-ordination of the efforts of private organizations concerned with the welfare of refugees’. Nevertheless, UNHCR has regularly had to engage directly with those matters and there is much truth in the idea that protection requires the welfare of refugees. However, if IOM’s closer relationship with the UN allows for better coordination than already exists, and can free up resources for protection and assisting governments to seek solutions, then this is another indicator of success.

Thus, the draft outcome document and the Comprehensive Refugee Response Framework in Annex 1 offer potential for solutions for refugees in the country of refuge, and for durable and sustainable solutions there or in some third state – or even possibly in their country of origin. With the promise of future meetings and continuous monitoring by various UN actors, the protection of, and solutions for, refugees and other forcibly displaced persons will not slip off the agenda so quickly.

Visit the Kaldor Centre's September Summits resource page for more analysis and resources on the two international summits on refugees: the United Nations Summit for Refugees and Migrants on 19 September, and the Leaders’ Summit on Refugees hosted by US President Barack Obama on 20 September.