The role of ‘complementary pathways’ in refugee protection

Implementation of OPCAT in Australia

Innovations in Responsibility Sharing for Refugees

In addition to its longer-term research, the Kaldor Centre also produces reports that respond to current debates. 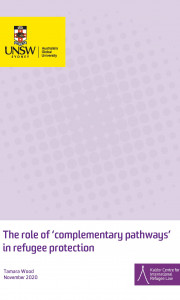 The role of ‘complementary pathways’ in refugee protection

Complementary pathways provide a significant opportunity to enhance refugees’ access to protection and durable solutions, and to facilitate international responsibility-sharing in the protection of refugees. They also provide potential benefits to states and communities hosting refugees, helping to address current skill and labour shortages in countries of destination and fostering positive public attitudes to refugees. 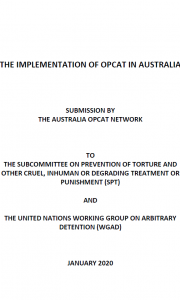 Implementation of OPCAT in Australia

The Australia OPCAT Network was formed in 2015, initially as a group of individuals interested in promoting the ratification by Australia of the Optional Protocol to the Convention against Torture and Other Cruel, Inhuman or Degrading Treatment or Punishment (OPCAT). It has grown significantly since, consisting of individuals, non-government organisations and academics, as well as statutory and oversight agencies. The Network's objectives are to share information about OPCAT and the benefits of preventive monitoring more generally, and to promote OPCAT implementation in Australia. 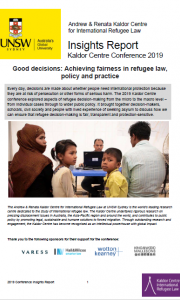 The Kaldor Centre Annual Conference brought together scholars, decision-makers, legal practitioners, civil society representatives and people with lived experience of seeking asylum together to explore aspects of refugee decision-making from individual cases through to wider public policy. It asked how we can ensure that refugee decision-making is fair, transparent and protection-sensitve, with outcomes that are consistent with international law. 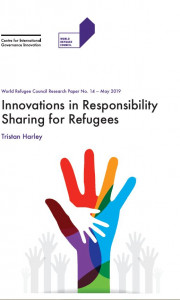 Innovations in Responsibility Sharing for Refugees 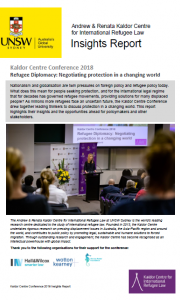 Nationalism and globalisation are twin pressures on foreign policy and refugee policy today. What does this mean for people seeking protection, and for the international legal regime that for decades has governed refugee movements, providing solutions for many displaced people? As millions more refugees face an uncertain future, the Kaldor Centre Conference drew together leading thinkers to discuss protection in a changing world. This report highlights their insights and the opportunities ahead for policymakers and other stakeholders.