The Rohingya refugee crisis, international justice, and rethinking solutions
Share This Story Save this webpage as PDF

The International Court of Justice (ICJ) Order on provisional measures issued unanimously by a full bench of seventeen Judges on 23 January 2020 in the matter of The Gambia v Myanmar is historically significant and an important development of international law. It recognises and highlights the need for protective measures for ethnic Rohingya residing in Myanmar, and by extension those several hundred thousand Rohingya refugees seeking asylum in Bangladesh. While this preliminary ICJ decision has been publicly applauded by several governments and countless jurists and activists and of course the Rohingya community, it will not solve the Rohingya refugee crisis.

Indeed international justice measures before the ICJ and International Criminal Court (ICC) may paradoxically make finding a return solution more challenging by creating contradictory pressures on the Myanmar authorities. By putting Myanmar and its military leadership on notice they will be held to account for potential crimes or failure to ensure the human rights protection of the Rohingya, an ethnic group which is not recognised by the government, this may result in the military-as-an-institution digging in and refusing to relinquish power. As noted by Australian researcher, Morten Pedersen, the Myanmar generals “will be well aware of what happened to, for example, General Pinochet, and that the only way for them to remain safe is to be in power”.1

Assuming power alliances in Myanmar remain intact, the current prospects of return given the Rohingya’s demands of citizenship, reparations, human rights and physical protection by the Myanmar authorities are extremely remote. And while many Rohingya have expressed the desire to return “home”, it is unconscionable to expect they will do so in light of the preliminary finding by the World Court that it is “plausible” genocide has taken place and a risk of harm remains. Similar to the exodus of Jews from fascist Europe, Rwandans after the Rwandan genocide, or Bosnians and other refugees from the Former Yugoslavia, it cannot be expected the Rohingya should return to a territory where they are demonised, disenfranchised, and most importantly remain unprotected. Delivering on the Rohingya’s demands requires commitment from Myanmar, and from the perspective of the Rohingya may be essential before any move to return. But such commitment is currently lacking and may not materialise.

The issue of refugee return was specifically addressed by the ICJ in referencing Myanmar’s statement during oral proceedings that it is currently engaged in repatriation initiatives to facilitate the return of the Rohingya. Myanmar further submitted that it intends to promote ethnic reconciliation, peace and stability in Rakhine state, and to make the military accountable for violations of international law. However, the ICJ rejected this plea and noted that Myanmar had not presented “any concrete measures aimed specifically at recognising and ensuring the right of the Rohingya to exist as a protected group under the Genocide Convention”. The ICJ went on to cite the UN General Assembly’s December 2019 resolution on Myanmar that “the situation has not improved in Rakhine state to create the conditions necessary for refugees and other forcibly displaced persons to return to their places of origin voluntarily, safely and with dignity”.

An additional consideration for safe return is the role of the United Nations. The UN continues to have a limited operational presence, political leverage and opportunities to expand its role with a human rights and refugee protection focus in Myanmar. How the UN can engage in a repatriation scheme with a credible monitoring role in Myanmar with robust advocacy for the Rohingya is unclear at best and remains unlikely given the current and foreseeable politic.

Further, why the events of August 2017 which gave rise to the mass exodus of Rohingya refugees to Bangladesh did not prompt decisive action by the UN Security Council in what may be considered a textbook case envisioned by the ‘Responsibility to Protect’ regime can be summed up in a few words: lack of collective political will. Security Council permanent members China and Russia, in particular, have not agreed to any Council action against Myanmar. Despite the current impasse, as an executive organ with authority to adopt enforcement measures under the UN Charter, the Council should have a clear obligation to act when credible allegations of genocide or crimes against humanity are brought before it. While some have suggested UN peacekeepers or international observers or monitors be deployed to ensure the safety and security of the Rohingya upon return, that is a far reach without the full agreement of all Council members. 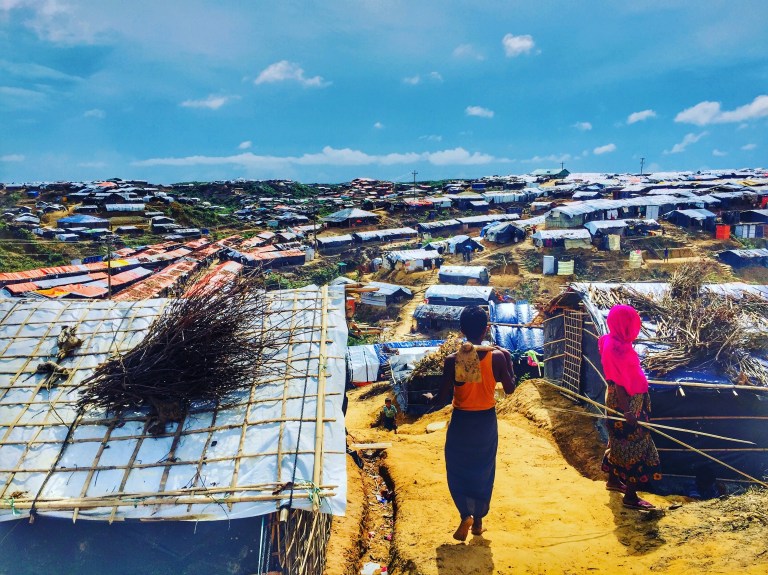 Two and a half years on from the latest mass influx, the Rohingya refugee crisis remains an enormous challenge for the international community and in particular Bangladesh. The current political climate on the Rohingya issue isn’t easy and there is a legitimate concern the international community may lose interest which can impact available resources. Bangladesh would then face the challenge of coping without continued international support, and it is unlikely to absorb a million of its neighbour’s would-be citizens.

Against this background, the following options could be taken by the Bangladesh government and the international community to help alleviate the suffering of the Rohingya refugees and pressure on Bangladesh. While neither novel nor unprecedented, these proposals have to date received limited attention.

Bangladesh (and other countries hosting Rohingya refugees) should grant access to public schools and temporary work rights in addition to ensuring health care including psycho-social support, family planning and reproductive health services. Bangladesh is permitting some of this type of assistance already as the UN and dozens of domestic and international NGOs are present and working on a range of protection and assistance programmes in the camps. But full access to education is particularly important – over 70 per cent of Rohingya are illiterate and innumerate, so the recent announcement that Bangladesh will permit access to schools for Rohingya refugee children must be applauded. Hopefully, this move by the Bangladesh government will encourage other countries in the Asia region to adopt a similar approach.

The World Bank and UN development actors have committed to upscale the welfare and economic absorption and co-existence of the Rohingya with local Bangladesh communities. Delivering services requires considering an end to encampment and permitting refugees to be hosted in communities outside of Cox’s Bazar. Registration of the refugee population with a national authority and international organisation would similarly meet the law and order concerns of the Bangladesh authorities.

Apart from providing services, it should be acknowledged refugees have skills and want to work and help themselves. While the Rohingya may currently find limited work in the informal economy in Bangladesh, the absence of legal protection makes them vulnerable to exploitation and abuse. Permitting them to work legally in areas with labour needs contingent on being registered would be a significant step forward. Engaging the International Labour Office in supporting skills training and creating job opportunities, similar to initiatives for Syrian refugees in Jordan, could also be explored.

Another solution is resettlement. Canada is one country which has communicated its interest to resettle Rohingya refugees from Bangladesh. A properly managed resettlement programme with UNHCR support can avoid risks of fraud or so-called ‘pull factors’. Any resettlement would initially be modest and prioritise urgent protection cases such as women victims of violence, the medically at risk, and separated or unaccompanied family members. Malaysia, for example, generously permits an estimated 150,000 Rohingya refugees to de facto reside in the country; but also, with UN support, facilitated over ten thousand Rohingya to be resettled to several countries including Canada, the United States, Japan and New Zealand over the last decade.

Resettlement and other options to move abroad should be explored in the Asia region and beyond. There is public sympathy for the plight of the Rohingya and several Southeast Asian and Gulf states have vibrant economies which can and do provide work opportunities, including for many Bangladeshis. Regional solidarity through a managed programme of moving Rohingya refugees from Bangladesh to neighbouring countries would be a positive example of global responsibility-sharing. Similar to the Comprehensive Plan of Action adopted for Indo-Chinese refugees, there are various options which could be adopted including temporary protection in a third country; temporary protection and stay with eventual resettlement; or repatriation under international supervision with an option of applying for asylum if conditions require.

Of course, the international community cannot overlook the serious violations of human rights experienced by the Rohingya. Some measures of accountability and seeking justice for the Rohingya are essential and will remain on the agenda. The investigation underway by the ICC and proceedings before the ICJ are important steps, but a resolution of these international justice measures will take several years. Beyond individual criminal and state accountability, and of more immediate impact, UN human rights monitors have suggested an embargo on business interests tied to the Tatmadaw to cut off financial and other support. There are also options to impose sanctions against military officers and family members. Identifying and seizing hidden assets outside Myanmar is another area national departments of justice can explore.

The immediate track is continuing to support Bangladesh and the Rohingya refugees with humanitarian assistance. Looking ahead, inclusive and systematic refugee representation in important decisions which affect them, especially around repatriation, is a must. Failure to engage with and include the Rohingya will limit or prevent buy-in to whatever is negotiated on their behalf. The humanitarian dimension of the current crisis can continue to be well managed with sound leadership, strategic planning, creative diplomacy and advocacy and a degree of political good luck. But luck alone is insufficient and will not lead to solutions the Rohingya deserve, and Bangladesh and the international community legitimately demand. The options above deserve urgent attention. 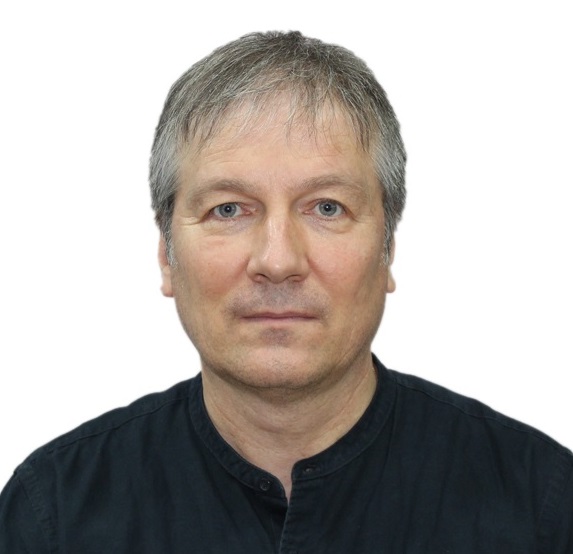 Brian Gorlick is a human rights lawyer and tutor on the ‘Gender, Sexual Identity and Age’ module in the Refugee Law Initiative’s MA in Refugee Protection and Forced Migration Studies. Previously he worked with UNHCR and the UN Secretariat for more than 25 years. He currently lives in Bangladesh.

This article was originally published on the RLI Blog on Refugee Law and Forced Migration.