Five years since we saw thousands of Rohingya refugees abandoned at sea in what became known as the Andaman Sea crisis, it is hard to believe that today we are facing almost exactly the same set of circumstances. Once again, boats carrying hundreds of men, women and children have not just been left stranded at sea, but worse, have deliberately been pushed back to sea, with governments in the region refusing to rescue them. In 2015, hundreds died at sea before Acehnese fisherman finally broke the deadlock, rescuing many of those who had been stranded for weeks. On 25 June 2020, Acehnese fisherman again stepped in to rescue a boat containing 99 Rohingya. The fate of a remaining boat remains unknown.

With a number of regional and global forums designed to address the challenges of people on the move, how is this still possible? Further, with a global pandemic leading to countries further closing their borders to all, including asylum seekers, what can be done to ensure it doesn’t happen again?

Established in 2002, one of the key regional mechanisms designed to respond to the irregular movement of people in the region is the Bali Process on People Smuggling, Trafficking in Persons and Related Transnational Crime (Bali Process). Significantly, however, the Bali Process played virtually no role in helping to resolve the Andaman Sea crisis of 2015. The abject failure of the Bali Process during this crisis led to Australia and Indonesia re-convening the Bali Process with the significant Bali Declaration released in March 2016. Not only did the Declaration explicitly state, for the first time, the need to protect people on the move in the region, it also set up a consultative mechanism that provides Indonesia and Australia, as co-Chairs, the authority to call a consultative meeting with affected countries in the case of a crisis.

In November 2016, following a review of the Andaman Sea crisis, the Bali Process decided to establish a ‘Task Force on Planning and Preparedness to support the Bali Process Consultation Mechanism’. In dealing with mass displacement, this task force’s key purpose was to develop measures to ‘harmonise detection, search and rescue, disembarkation and shelter management’. Almost ironically, the theme of the task force’s fifth meeting just months ago, in February 2020, was ‘cooperative frameworks to address irregular maritime movement – challenges, policy and operational responses’. Key outcomes included: emphasising the primacy of saving lives at sea and not endangering lives; supporting the principle of non-refoulement; and accepting a comprehensive approach and obligations on interception, search and rescue, and disembarkation.

Yet, in a blink of an eye, we went from these lofty aspirations to some of the worst practice from regional governments seen in recent years in response to Rohingya refugees smuggled and trafficked by boat from Cox’s Bazar in Bangladesh.

It is believed that the group of Rohingya recently rescued in Aceh left Bangladesh in February, although some sources have stated they left as early as January. Since that time, the group has attempted to reach safety on a number of occasions, only to be forced back to sea. Bangladesh, after rescuing nearly 400 Rohingya on 15 April off a boat that had been turned back by Malaysia, made it clear it was no longer willing to accept further boats. A number of those rescued by Bangladesh have been transferred to the remote island complex on Bhasan Char, with international agencies such as UNHCR so far denied access.

After rescuing a boat in early April, Malaysia stated that the Rohingya refugees on board would be returned to Bangladesh, a proposal which Bangladesh has pointedly refused to accept. Malaysia has also stated that, following this rescue, it pushed back boats on a further 22 occasions. Finally, after rescuing another boat with 269 individuals aboard on 8 June, Malaysia made the extraordinary threat to repair their boat and push them back out to sea. Similarly, following the recent rescue by Acehnese fisherman, it was reported that Indonesia was also considering putting the passengers back on a boat and pushing them back out to sea.

Undoubtedly, the response to the global COVID-19 pandemic, with the public health response of closing borders, has provided a useful screen for regional governments to fall back on practices seen in the lead-up to and during the 2015 crisis. There was an outpouring of sympathy for the Rohingya in Malaysia and Indonesia after the 2017 crisis in Myanmar, when close to a million Rohingya were forced to flee; today, we are seeing a spike in xenophobia in those countries, often fueled by politicians blaming refugees and migrants for COVID-19 outbreaks in their countries.

So where does this leave the Bali Process? Why have Australia and Indonesia not called an emergency meeting to deal with the crisis? If they don’t, then we really are stuck in 2015. 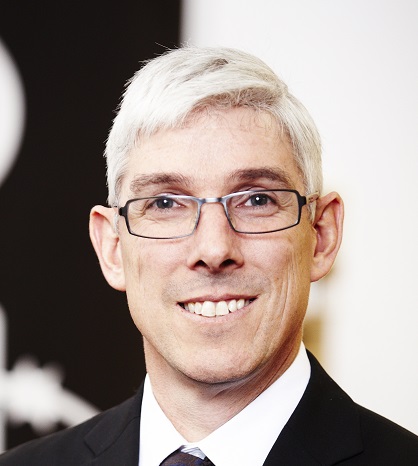 Dr Graham Thom has been Amnesty International Australia’s Refugee Coordinator since 2000, working on behalf of individual asylum seekers as well as on broader human rights issues relating to refugees. Dr Thom has also been a Board member of the NSW Asylum Seeker Centre for the last 10 years. Dr Thom has worked with urban refugees and visited refugee camps and detention centres in India, Thailand, Indonesia, Sri Lanka, Bangladesh, Malaysia, Syria, Iraq, Jordan, Kenya, the Netherlands, PNG, Nauru and Australia. Dr Thom publishes and lectures on domestic and international refugee issues and has represented Amnesty International at UNHCR’s Annual NGO Consultations and the Annual Tripartite Consultations on Resettlement in Geneva, for the past thirteen years. He completed his doctoral thesis on post-war migration at the University of Sydney in 2000.